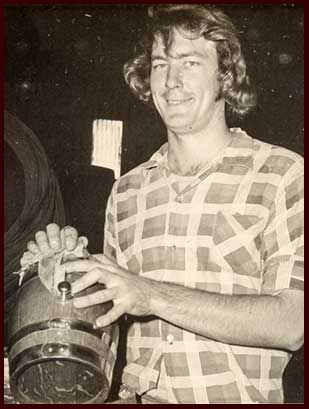 The Start of Coopering In Bundaberg

In 1970 a then young Dave Schmeider gained a four-year apprenticeship with the Bundaberg Distilling Company or as we like to call it Bundy Rum.

His trade involved the repairing the old kegs that in those times were used for the transportation of the rum to agents, food processors and bottling partners.  As welll from time to time, he also helped with the construction and maintenance work on the large maturation vats some of which hold up to 80,000 Litres of the Cane Cutters Cordial.

Dave however was the last cooper to learn the ancient trade onsite at the Rum Distillery as in the early 1980's the Distillery installed their bottling plant so the trade then all but died as the majority of the rum was bottled in glass before it set off all over the sunburnt country.

Being that Dave loved his trade, he decided to give it a crack and see if he could keep the trade alive by starting his own business. With this goal and drive Schmeider's Cooperage began producing and repairing barrels on the November 7th, 1982.

From a small workshop at the rear of their East Bundaberg home, the trade was once again alive.

Over the past 25 years, Schmeider's Cooperage has gained in both size and reach and creating what we call the "Original Schmeider Barrel".  During this time Dave trained a number of apprentices in the art that is coopering.

Once they were ready they were shown and taught well guarded secret process that makes a "Schmeider Barrel" a "Schmeider Barrel".  The final torch was passed when long serving cooper and still the current owner and head cooper Justin Gillett took the reins and kept the unique genuine article in production while growing the company to make larger barrels or different timbers and finishes to meet the wants of the burgeoning craft beer and spirit market today.